The day has arrived. I hope you enjoy Tyler and Jackie’s story.  Here’s a little excerpt just for you.  ENJOY!

(Clover High School 2011)
First home game of the season. Jason Walsh and I are sitting on the bench, waiting our turn on the field as the defense plays.
“What are you doing after the game? Or should I say, who are you hooking up with after the game?” Jason laughs as he teases me, but I know damn well it’s a serious question.
“I don’t know yet.” I brush off his insult. He’s my best friend but sometimes he can be a real dick. He acts like I have a harem of girls waiting to be with me. Currently, I have been seeing Sonia Lassiter, one of the most popular girls at school. She keeps hinting about going steady and is eying my class ring and letterman’s jacket. That will never happen. Both my ring and jacket were paid by my hard-earned dollars mowing lawns all summer, and the only one wearing them will be me. Besides, if I ever decided to go steady with a girl, it wouldn’t be Sonia.
Lately, I’m not enjoying the reputation or the company I keep. I’d rather find a nice girl like Jason’s twin sister, Julie. I’ve been secretly crushing on her for a while now. Of course, I know that he would never let that happen. It’s an understood code. Don’t date your buddy’s sister.
“What do you think about Holly’s baby sister Jackie?” Jason asks me out of the blue.
Jackie Winston’s puppy dog eyes have been following me ever since we were in elementary school. We were all out trick-or-treating when she lost her group of brothers and sisters, and she was standing on the sidewalk in her Disney princess costume, crying her eyes out. I took her hand and helped her find her siblings and she called me her hero or was it Prince Charming? Doesn’t matter—after that she would stare at me and leave me little notes which I quickly threw away. She was three grades younger than me and a complete pain in my ass.
“Exactly that, she’s a baby, and besides, she’s the coach’s daughter, so you don’t stand a chance,” I quickly respond as I follow his line of sight to the cheerleaders next to us.
“She’s a freshman.” Jason reminds me.
“Exactly, and three years younger than you,” I respond back.
“I know, but she seems to have grown up a lot since we returned over summer break,” Jason says as he smiles over at her.
“Haven’t you known her since she was still in diapers?” I ask.
“Yeah, I used to call her The Brat. She used to be annoying as hell,” he jokes.
“I think she still is,” I add.
“I think she’s cute,” Jason says in all seriousness.
“Does she even have time to date? Beauty pageants, clubs, cheer, and don’t forget Coach’s daughter. He’ll have your head on a platter if he finds out you’re trying to make time with his baby girl.” I remind him, but he is in a trance as he smiles over at her. To my surprise, she is smiling back at him and sends him a little wave. Out of nowhere, I’m hit with a pang of jealously.
“See? I think she likes me,” Jason adds.
The way she keeps smiling over at him, I would have to agree.
“After we crush these jokers tonight, I’m going to ask her out.”
“Your funeral if the coach catches wind of it,” I say, just before the whistle blows, calling in the offense.
“It will be fine, parents like me, unlike you, and they don’t think I’m out there stealing girls’ virtues.” He chuckles as he slips on his helmet.
“Well, here’s your chance, Romeo. It’s showtime,” I say as the coach calls us out to the field.
That night, we win against Bonifay High 28 to 13. When I start heading to the locker rooms, I spot Jason standing alone with Jackie near the bleachers, hidden from the crowd. Before I go inside, I turn once again to look over at them. That’s when I witness their first kiss. At least, I assume it’s their first kiss. It seems the days of Jackie Winston staring at me and sending me notes are over. 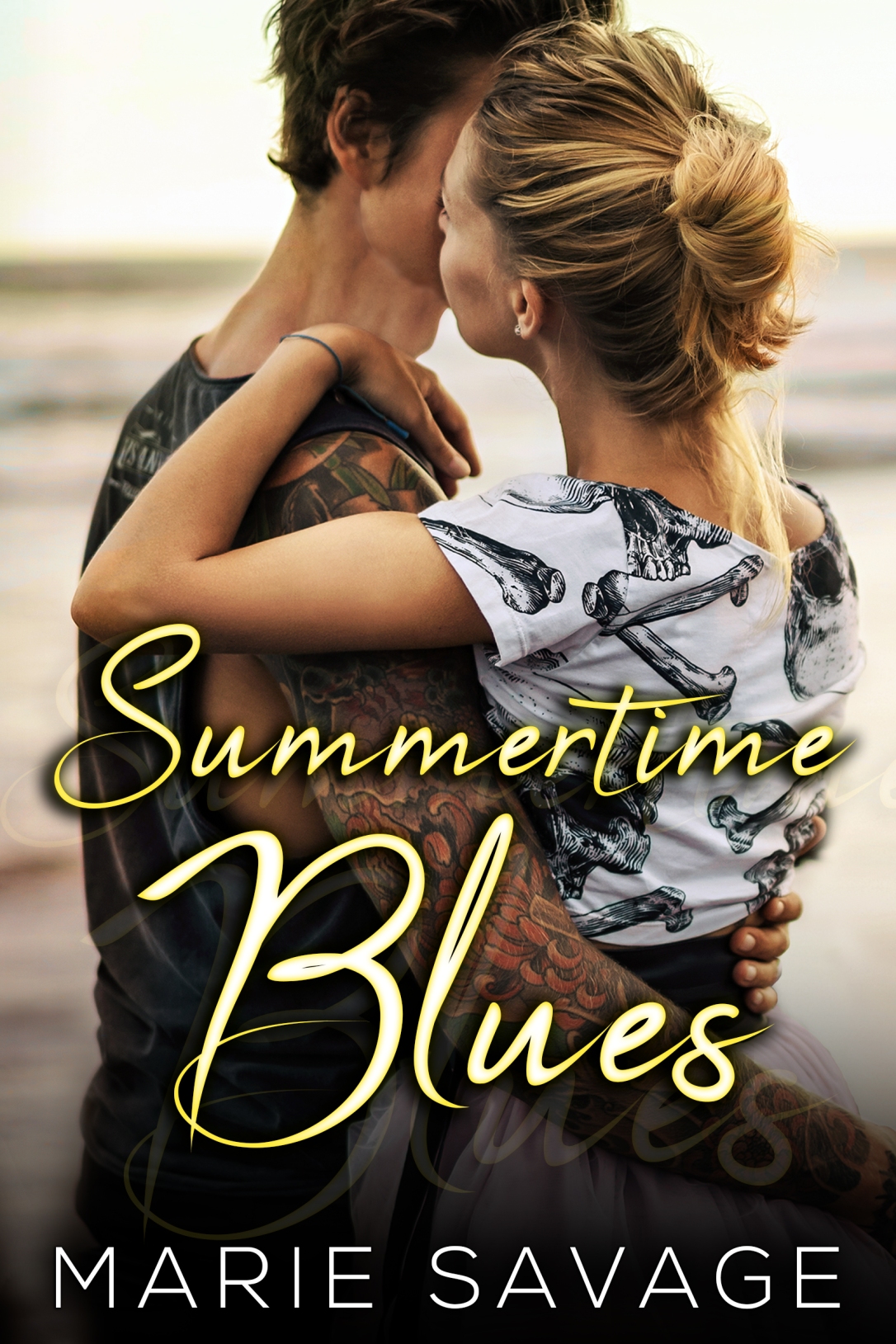 Marie Savage is a self-published contemporary southern romance author who has a love for family, friendships, patriotic spirit, and hometown pride. Born and raised in the Florida Panhandle, she has always had a love for reading and writing, with the romance genre being her obvious favorite. Her desire to expand her horizons, led her to join the United States Air Force and proudly serve her country for six years. While stationed in California, she met her true love and together they have shared life's beautiful joys and tragic losses. After spending over half her life in the Central Valley of California, she has moved back home to the Wiregrass area of Alabama, where her passion for writing first began. View all posts by mariesavageauthor